The top 10 indicators for Forex traders

Technical analysis is an essential component of trading. When conducting a technical analysis, traders make use of technical indicators, which provide insight into the market’s future performance, trends, momentum and sentiment based on historical data. Trading indicators, whether used alone or in conjunction with other indicators, generate signals for opening buy or sell trades. Below are the top 10 indicators that can guide you and make you a better trader in the near future.

Interact with the underlined words and green dots to get additional details and explanations.

Moving average or MA is the most popular class of indicators. Moving averages are also called trend indicators, as they predict the trend of an asset and whether it is rising or falling at a particular time. There are three types of moving averages:

As the name suggests, this indicator is simple. It takes data from a time period and divides it by a particular time to get a value, similar to finding the mean in a data set. For example, a 50 moving average is calculated by adding data from 50 days, then dividing by 50. This gives us a moving average with a period of 50, or SMA 50. The longer the period, the smoother the SMA is, providing fewer, but more accurate signals. The shorter the period, the less smooth the SMA is, providing more signals that are less accurate.

The exponential moving average is similar to the simple moving average, but differs in its method of calculating the period. An EMA’s period is calculated on the most recent price data. Short-term EMAs such as 12 and 26 are used for intraday trading, while long-term periods such as 50 and 150 are used for long-term trading. EMA is more accurate than SMA, so it is mostly used to trade on trend reversals.

Like all moving averages, WMA also helps to determine the trend of a price, but it is calculated differently than both SMA and EMA. As its name suggests, WMA gives more weight to price value, where recent prices are more significant than older prices.

Parabolic SAR, or parabolic stop and reverse, is an indicator made for those trading on trends and reversals in the market. Unlike moving averages, which are mainly average lines on a graph, parabolic SAR is a series of dots set above or below the candles on a graph. The basic principle of this indicator is: The further the parabolic SAR points are from the candle, the stronger the trend is, while the closer the points are to the candle, chances of reversal are expected. Traders should avoid using parabolic SAR when the market is highly volatile or moving sideways, as it can give false signals.

Bollinger Bands are named after John Bollinger, who developed this indicator in 1980. Amateur traders rely on Bollinger Bands when they start trading, as it is more accurate and reliable compared to other indicators. As the name goes, Bollinger Bands is made up of two bands — an upper band and a lower band — with a simple moving average of 20 in the center. Bollinger Bands give a range of the market, and are mostly used during periods of high volatility. This indicator provides price ranges, and traders can use it for trading on reversals.

This one sounds a little different from the other indicators, since it is a Japanese word. The word ichimoku in Japanese translates to “one look,” and was named such because with just one look, traders can see a number of signals, such as trend reversals, trend directions, support and resistance levels, and trend strength. The indicator is made up of five lines that are similar to each other, but each have a different time period.

The Alligator indicator is a trend indicator developed by Bill Williams in 1995. The purpose of this indicator is mainly to check when a new trend is created. This indicator is made up of moving averages that look like an alligator’s jaw, teeth and lips. The Teeth are represented by a red line, the Tongue is a green line and the Jaw is a blue line. Using this indicator, traders can open Up or Down trades based on how the lines cross each other. If the green line crosses the blue line from below with two green candles, it is a signal of an uptrend and one can open an Up trade. If the green line crosses the blue line from above with two red candles, it is a signal of a downtrend, so traders can open a Down trade. It is not recommended to use this indicator when the market is sideways, or when the three lines are crossing each other.

MACD or moving average convergence/divergence is both an oscillator and a trend indicator. As its name suggests, MACD is made up of a histogram and two exponential moving averages — the MACD line composed of the calculation (EMA12 – EMA26), and a nine-period EMA of the MACD line, called the signal line.

For an Up signal, the MACD line crosses the signal line from bottom to top. For a Down signal, the MACD line crosses the signal line from top to bottom. While the EMAs are used as a signal when they cross over, what about convergence and divergence? Convergence means coming together and divergence means moving apart. When a convergence is formed, a trader can spot the difference on the chart. For convergence, when the MACD histogram moves up and the price moves down, this signals a trend reversal in the upward direction. Similarly, for divergence, when the histogram moves down and the price moves up, this signals a fall in price. Using convergence and divergence individually would generate many false signals, so it is recommended to use the MACD along with other indicators and oscillators, such as RSI, for confirmation. Due to MACD’s duality, traders can use this indicator for trading on both trends and trend reversals.

The relative strength index is another widely used oscillator. Using RSI, one can trade on trends, trend reversals and even in a sideways market. The RSI oscillator moves between 0 and 100, seen as a percentage. When the indicator moves above the 70 line, the asset is considered overbought, signaling that the price will reverse. If the indicator line moves below 30, the asset is considered oversold, signaling a price reversal in an upward direction. Apart from being used to determine overbought and oversold conditions, traders can also use the RSI to determine divergence. Just like with MACD, if the asset’s price is moving downward and the indicator is moving upward, a trend reversal to the upside is expected in what is called a bullish convergence. The opposite of this is also possible: If the asset’s price is moving upward and the indicator is moving downward, then a trend reversal to the downside can be expected — this is called a bearish divergence.

The stochastic oscillator is very similar to the RSI oscillator in that it also helps to identify overbought and oversold conditions. It is primarily used for trading in a sideways market and also for identifying trend reversals. Like the RSI, it uses a scale of 0 to 100, but the main difference is the 20 and 80 thresholds within this scale. When the price moves below the 20 line, it is considered oversold, and when it crosses the 80 line, it is overbought. Based on this, a trader can interpret trend reversals in ranging markets.

The main purpose of the average directional index, or ADX, is identifying a trend and its strength. The ADX is made up of three lines: the +DI line, -DI line and ADX line. The +DI line shows an increase in price, the -DI line shows a decrease in price and the ADX line shows trend strength — the higher it moves, the stronger the trend, regardless of whether it is an uptrend or downtrend. Ranging from 0–100, the ADX’s values indicate whether it is worth trading on a trend, with 25 being the typical threshold. That is, if the ADX reaches 25, traders may consider this a strong enough signal to act on the trend, while it’s best to avoid opening positions when the ADX line is below 25.

The commodity channel index, or CCI, is the last but not least most-commonly used oscillator in trading. The CCI moves between the values of -100 and 100. The basic principle behind this indicator is that it measures the change in an asset’s current price compared to its historical average price. The CCI line that moves across the levels is set at 20 periods. If the CCI line moves above the 100 level, the price is considered to be overbought, a trend reversal in a downward direction is expected, and traders can open a Down trade. If the CCI line falls below the -100 level, the price is considered oversold, and a trend reversal in an upward direction can be expected if the CCI line moves above the -100 level. Combined with divergence, a trader can generate easy Up and Down trade signals with sniper entry and a tight Stop Loss.

Now equipped with this top 10 list of the best Forex indicators, you have some extra guidance when conducting technical analysis. Whichever tools you use should best suit you personally and your trading style. If trendlines have interested you the most here, we recommend checking out our article on the basics of trendline strategy. For more guidance, you can move on to reading and trading on simple chart patterns. To test out these indicators, we recommend first using a Demo account so you can practice risk-free and see what works for you.

Learn, trade and become a force to be reckoned with on a platform that’s tailored to supporting your success story. Join Olymp Trade today! 💚

Risk warning: The contents of this article do not constitute investment advice, and you bear sole responsibility for your trading activity and/or trading results.

A price zone that always sits below the current price level and is where a falling price is likely to get rejected.

A price zone that always sits above the current price level and is where a rising price is likely to get rejected.

When an asset is trading at a value higher than it is actually worth. This results in the price inflating, then deflating as sellers take over the market.

When an asset is trading at a value lower than it is actually worth. This results in the price deflating, then inflating as buyers take over the market.

A postponed order that limits losses on a trade to a specified level. 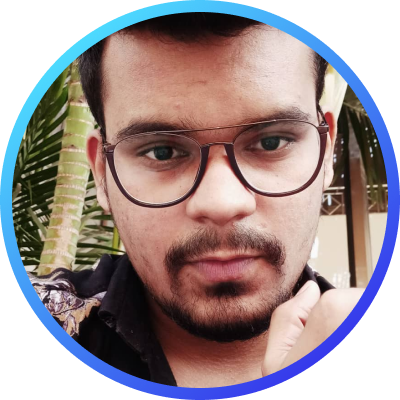 An Olymp Trader for six months. Interested in technical analysis and money management. In trading, he widely uses various trading strategies and indicators. Talish has a passion for both trading and blogging.

Volatility: What does it mean, and how can a trader profit from it?

Fixed time trading on Olymp Trade: How to become a guru

Psychology is the key to success

5 trading myths you may believe are true but aren’t

The top 10 indicators for Forex traders

The call of the wild: The most-referenced animals in the stock market

The stock market: What it is and how to start trading